On Thursday 17 November, JCP Solicitors were delighted to take part in the Pembrokeshire Radio’s Young Achievers Awards. As well as sponsoring the Outstanding Courage and Bravery Award, leading up to the awards we decided to nominate a member of staff for her achievements as an apprentice as one of our many talented and aspiring legal eagles.

The awards evening was held in Folly Farm and our team were delighted to go along to support all the winners of many categories.

However for the purposes of this blog, we would like to let you know a little bit more about the bravery of the winner of category we sponsored and the winning JCP team member, of whom we are extremely proud. 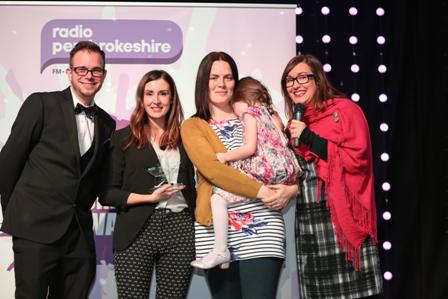 The little girl  who won this category is both brave and courageous.  Before she was born in June 2012 her parents received the news that she had a complex heart defect. This was picked up by her 20 week scan. At birth it was confirmed that only one half of her little heart was functioning.

Winner Mali Blethyn has faced more challenges in her 4 years of life than most of us ever will.

At 4 weeks old she had an operation which didn’t go to plan. She ended up in intensive care for a week fighting for her life. At 10 weeks she was rushed up to Bristol to undergo her first open heart operation and again spent weeks in intensive care.

Mum Catherine described to Radio Pembrokeshire a special little girl who takes daily life in her stride. Here’s a short piece from her nomination:

“Throughout her 4 years of life she has not let anything stop her. She struggles with exercise but doesn't want to be different and still tries to participate in school and dance. Last month she had another session of open heart surgery. After the operation she said ‘I now have pink lips like mummy, not blue lips’. Eventually she will need a heart transplant. Even with all her own problems she is the best little sister to her brother who has autism. I feel she deserves this bravery award as she is the bravest little girl in the world” 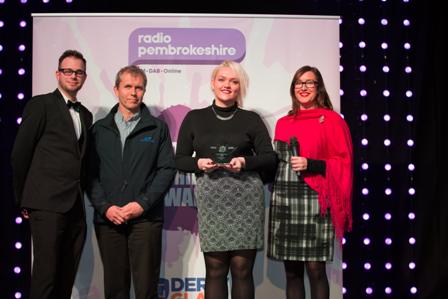 Paris left sixth-form early and started a Business Administration apprenticeship through the specialist training provider Futureworks. Alongside that she gained a work experience place with JCP Solicitors and was later given the role of trainee receptionist.

She then progressed to a Level 3 qualification and was promoted to trainee legal secretary.

Success in her apprenticeship led to the Welsh Government making her an ‘Apprenticeship Ambassador’ to help spread the word in schools up and down the country.

During this campaign, she returned to her former school, Sir Thomas Picton School in Haverfordwest, to inspire Year 10 students to consider apprenticeships as a route to future careers.

She recently finished her apprenticeship at JCP and was offered a full time role as  Office Co-ordinator in the firm’s Rural Practice office.

‘We are putting her forward for this award because she has gone over and above her role as an apprentice - she is passionate about spreading the word to other young people about her own experiences ...…and is now the Mentor for our new apprentices joining the firm. I watched her when she spoke to the students at Sir Thomas Picton School …and she was absolutely inspiring!’