There was no waffle when the Managing Director of one of the region’s best loved food brands, Tregoes Waffles, gave an uplifting talk at the Pembrokeshire Four Seasons Business Lunch, in Narberth, last week.

ans, who is at the helm of Tregoes Waffles, shared his insights into running this vibrant Llandysul company, which has produced waffles for more than 30 years and supplies Waitrose, Tesco, Morrisons and other UK retail outlets throughout the UK.

His is very much a community business, which is run as a co-operative trust, with all of the employees as beneficiaries. Production levels at Tregroes Waffles are expected to grow significantly over the next few years, and Kees shared his plans for the business with the audience of business men and women from the region.

The event, which went ahead at the Hotel Plas Hyfryd, was sponsored by JCP Solicitors, Thomas Carroll, Ashmole and Co and the Development Bank of Wales.

Betsan Powell, JCP Director and Head of Commercial Services, said: “The Tregoes Waffle story is a fascinating one, not least because of its business model, which gives the workforce a real sense of buy-in and ownership, and a vested interest in its success. It was also fascinating to hear Kees’s personal story at this networking event. Having moved to Wales from Holland in the 1980s, he has really embraced Welsh culture, adopted the Welsh language and had a successful singing career, having competed at Eisteddfods and won a Blue Ribbon event. He is a great example of businesses being an integral part of the communities they serve.”

The next gathering of the Pembrokeshire Four Seasons Lunch goes ahead at the Slebach Park Estate, on Friday 27 September, with former Wales national football team player, Laura McAllister CBE, as guest speaker. 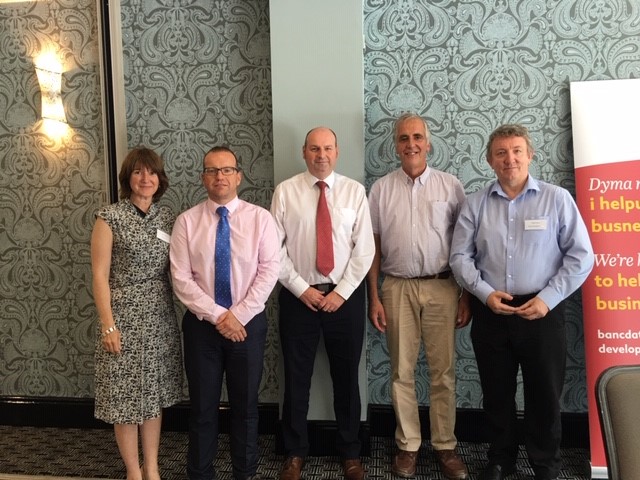