JCP Swansea Half Marathon Claims Silver at The Running Awards in association with JustGiving.

The JCP Swansea Half Marathon was shortlisted for the last two years, but this is the first time that it reached the top three at the prestigious annual awards ceremony which celebrates the best of running and its culture. The Running Awards are independently voted for by runners and the ceremony has become the event of the year for the running industry.

Other races amongst the top 12 shortlist in the Best Half Marathon category included well-established events like Royal Parks Foundation Half Marathon, Great North Run and Vitality Reading Half Marathon. The Gold awards trophy was claimed by Ealing Half Marathon for the 3rd year in a row.

The team from JCP Swansea Half Marathon was at the awards ceremony at indigo at The O2 last Friday 22nd April to collect their trophy.

Race Director David Martin-Jewell commented: “We are absolutely thrilled to have taken second place for Best Half Marathon at The Running Awards. It is a huge honour to be recognised among such high profile events and the award is a great tribute to everyone who has worked so hard to make the JCP Swansea Half Marathon such a success. We are only in our third year and already we are becoming a favourite in the running industry. We are extremely grateful to everyone who has taken the time to vote for us.

“By way of thanks to our runners and supporters, we did promise that if we finished in the top three finalists we would reduce the race entry fee to £30 for 2017, so that is exactly what we will be doing! We hope that this encourages more people to join us in Swansea in 2017.

“In the meantime there is still time to sign up for the JCP Swansea Half Marathon this summer, and we’re looking forward to welcoming a record number of runners at what is going to be our best event yet.”

The JCP Swansea Half Marathon takes place on Sunday 26th June 2016 and is set to sell out to a record 8,000 runners this year.

The race features a fast and flat 13.1 mile course, equally suitable for first-time half marathon runners, club runners, charity runners and elite athletes. It is also earning itself a reputation as a road race with one of the most scenic coastal routes, as it takes runners along a magnificent six-mile stretch of Swansea Bay.

Entries are open, go to www.swanseahalfmarathon.co.uk for further race details and to secure your place on the start line. 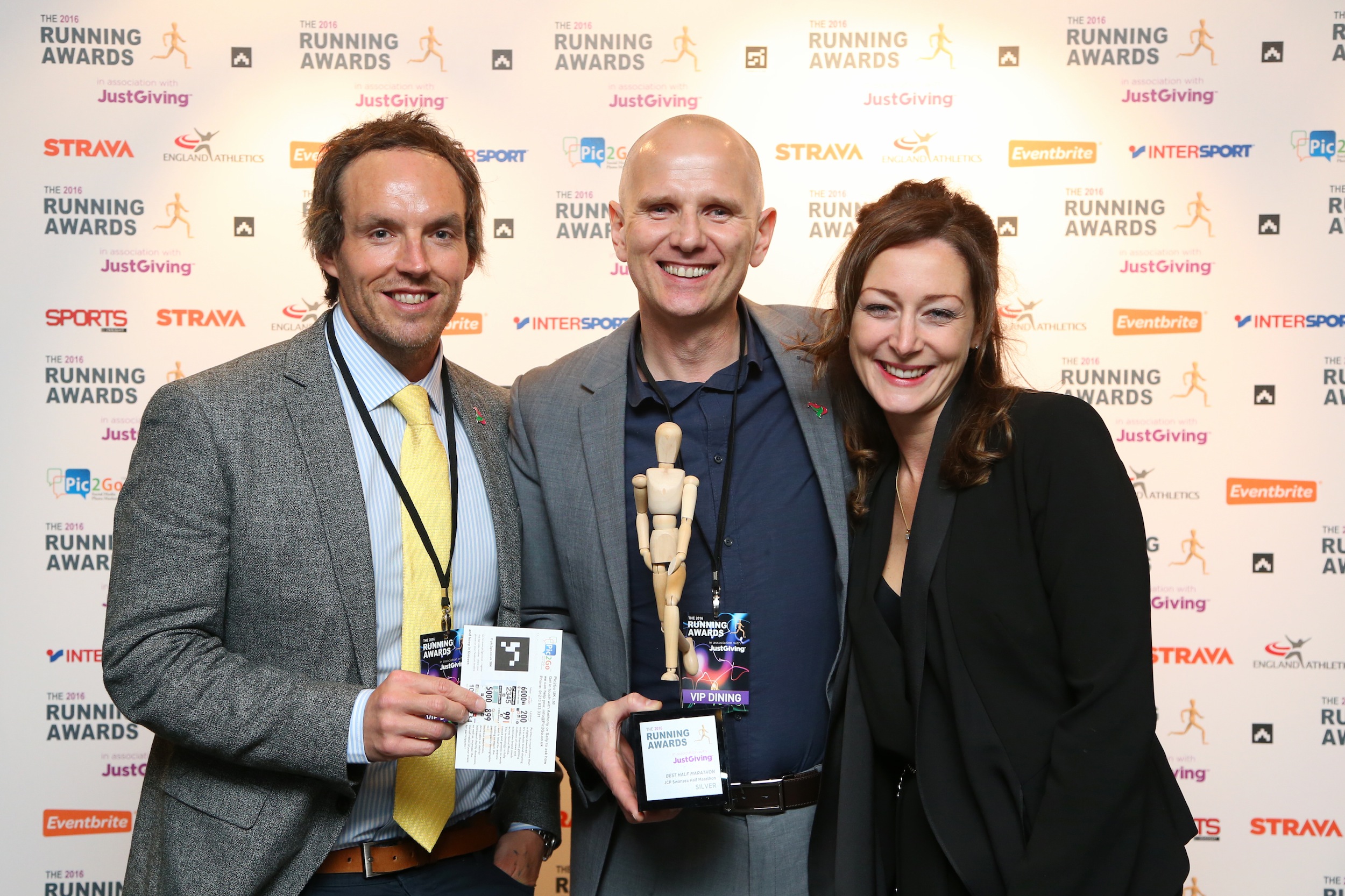