Wales Air Ambulance is set to introduce a new state-of-the-art fleet of custom-made aircraft, which will help the charity fulfill its long-held aim to become a 24-hour air ambulance service. 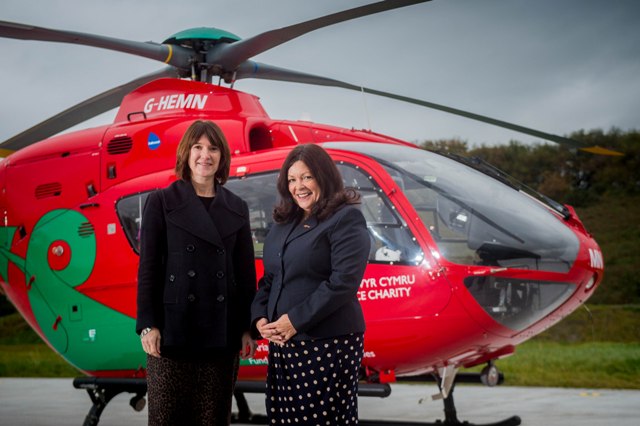 The three new helicopters will be launched in the spring next year as part of a seven-year commercial lease, with JCP Solicitors carrying out the legal work.

Helicopter operator Bond, a Babcock International Group company, secured the winning bid to lease the three Airbus HI45 aircraft, which will operate out of Llanelli, Welshpool and Caernarfon.

Wales Air Ambulance will become only the third HEMS (helicopter emergency medical service) operation in the UK to use the new HI45 aircraft.

Angela Hughes, Chief Executive of the Wales Air Ambulance, said: “Our new lease of helicopters will help us continue to provide one of the most modern HEMS services in Europe.

“What we are doing is truly pioneering, and we continue to lead the way in developing an advanced air ambulance service with the introduction of these new craft – which are the Rolls Royce of aircraft.”

Joint Head of Corporate Commercial at JCP Solicitors, Betsan Powell, said: “Wales Air Ambulance is so highly prized in Wales and it is pleasing to see its continued expansion, so the charity can offer an ever more valuable service to those in need.

“Here at JCP Solicitors we have a long-standing relationship with Wales Air Ambulance.

“Over the years we have given them support with the legal work around the siting of their new HQ in Dafen, we help with work on bequests and we supported them with legal services around the contracts for this new fleet. We wish them continued success in the future.”

The charity will continue to operate its fleet of EC135 helicopters until the new aircraft begin operating in the spring.